Celebrating a childhood eye Cancer survivor, Star Trek actor and the optometrist who saved his life with an early diagnosis

Childhood Cancer Warrior Bruce Horak shows “out of this world” strength and tenacity! The OAO is celebrating Bruce during Childhood Cancer Awareness month for showing the world that blindness does not have to get in the way of having an amazing career as an actor. 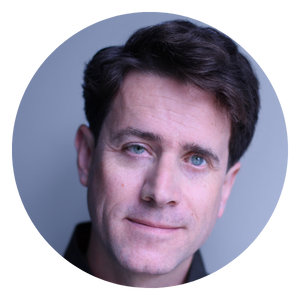 A resident of Stratford, Ontario, and a fan-favourite character, Bruce has become Star Trek’s first blind character played by a legally blind actor in the cast of Strange New Worlds.

Bruce plays the new character Hemmer who is an Aenar, a blind species of the Andorians, and has endeared himself to not only the family of the USS Enterprise, but to fans as well.

“This is my first real foray into television. I was on Warehouse 13, along with commercials and theatre shows. But to land in this world …. I feel like Hemmer had a great run, but I’m really eager to meet the fans because they’ve made me feel like one of the family.” 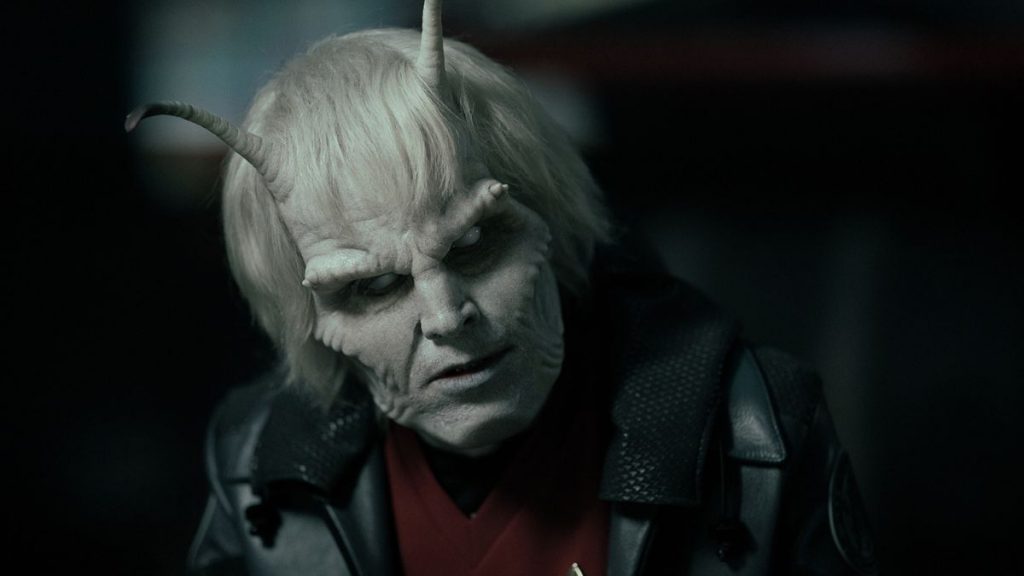 “I had the pleasure of seeing Bruce on stage in Toronto this summer playing William Shakespeare in the play Juliet: A Revenge Story” Said Sarah Calderwood, Senior Manager of Communications at the Ontario Association of Optometrists.  “It was a high energy, fast paced play and Bruce was funny and playful. I bet 99% of the audience had no idea he is legally blind. He is clearly an accomplished actor – and as a childhood cancer survivor – a powerful inspiration to other young Canadians fighting their own cancer battles.

Bruce offers these encouraging words to childhood eye cancer patients and survivors, “What some might consider a weakness has become a strength for me.  I live with the knowledge that every day is a gift, and humour and lightness are the best ways through.“

My Mom took me to an optometrist when she noticed something wrong with my eye.

A childhood cancer survivor, Bruce was diagnosed with retinoblastoma when he was one year old.

“Retinoblastoma is a rare form of cancer, accounting for 4% of all cancers in children under the age of 15.  It typically develops in young children, usually before the age of 5 years old.” Says Dr. Josephine Pepe, President of the Ontario Association of Optometrists.

Bruce recalls, “My parents noticed there was something wrong with my eye. They took me to the eye doctor, who recognized it right away. The optometrist diagnosed me with retinoblastoma. This devastating news came with the dire prediction that I may lose both eyes. However, the optometrist’s diagnosis led my parents and me on a pathway that led not only to saving my life, but to saving my sight.”

That pathway led right to the doorway of a doctor at Sick Kids hospital in Toronto who had developed a radical new procedure. “My Mom dropped everything and got me to Toronto for surgeries and radiation. I had radiation and then observation every six months for four years.”

“Early detection is important, which is why the Ontario Association of Optometrists recommends eye exams for babies at 6 months old, and then yearly for children starting at age 3” says Dr. Pepe. “If eye cancer is not detected and treated quickly, the danger is that it can lead to loss of the eye, as well as become life threatening if it spreads to other parts of the body.”

Bruce’s retinoblastoma had a genetic link

“The doctors spoke with my father Carl, who had lost the sight in his left eye as a child. At the time, nobody told him it was cancer or even used the word. It was that generation. They just told him, ‘You got sick, and then you lost your sight.’ ‘Retinoblastoma is one of those cancers that is genetically inherited. So, there he is, a young parent, being told that it was his fault.

Well, that was how he took it, at least. But he found strength enough to say that they had to save what sight they could for me.”

Carl, after surviving his own retinoblastoma, passed away from esophageal cancer.

“The way [my Dad] spoke about his cancer was quite profound. He lived with it his whole life. It wasn’t like he’d had a sudden heart attack and died on the lawn. He had a year before he died and he often said that cancer had given him the time to say good-bye and for that he was grateful. But he was also a comic, so he also had a sense of humour about it.”

The Ontario Association of Optometrists is celebrating Bruce during Childhood Cancer Awareness month for showing the world that blindness does not have to get in the way of having an amazing career as an actor.

PrevPreviousEye care is Health Care: Patients Coming Forward and Sharing Their Eye Health Stories
NextMyopia: How the traditional understanding of nearsightedness is failing our kidsNext